Winter Lecture Series: The Crimean War and The Battle of Balaklava

The Argylls and Sutherland Highlanders Museum are pleased to bring back their winter lecture series for 2022/2023.

The Crimean War of 1854-56 was a watershed in world history, and a major strategic event.  In addition to this it prefaced other things that taken for granted today such as the development of modern military medicine and press communications. Alastair Campbell intends to explore some of these, as well as examine the iconic event in our Regimental history, the Battle of Balaklava.

About the Speaker: Colonel Alistair Campbell

Colonel Alastair Campbell joined the Argyll and Sutherland Highlanders and served from 1972-1995. On leaving the Army he briefly went unto the hotel trade, but then joined the MOD Civil Service. He was Regimental Secretary of the Argyll and Sutherland Highlanders in Stirling Castle, and Curator of the Museum from 2000 – 2006. He then became the first Regimental Secretary of The Royal Regiment of Scotland, based in Edinburgh Castle, when it formed in 2006, serving until 2017.

All talks will take place in the Colour’s Room located in; The Argyll and Sutherland Highlanders museum, Kings Old Building, Stirling Castle. Lectures will last 45 minutes with a hot drink refreshment on offer before and after the event.

This ticket does not include access to Stirling Castle. Please remember to prebook your castle ticket.

Entry is currently free to Museum Guardians, serving members of the Armed Forces and members of the Regimental Association, Dinner Club and Historic Scotland on presentation of a valid membership card but tickets must be prebooked via Stirling Castle’s website prior to arrival. Non concession holders will be charged the full Castle admission fee.

If you have any questions, please email museum@argylls.co.uk.

Drawn from Historic Environment Scotland's archive and other sources, the exhibition looks at the international... 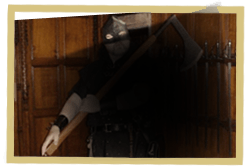